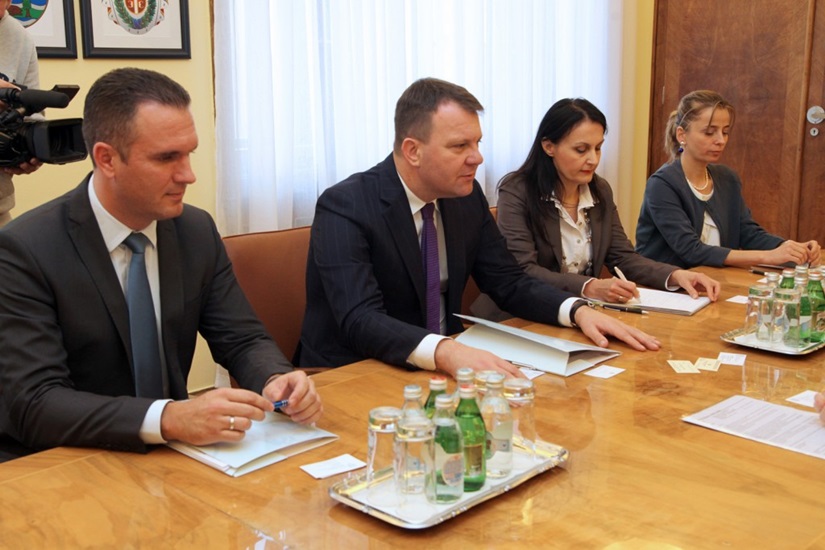 The Provincial Government President, Igor Mirović, the Provincial Secretary for Regional Development, Interregional Cooperation and Local Self – Government, Ognjen Bjelić  and the Ambassador of the Kingdom of Belgium, H.E. Leo Daes, concluded today that in the light of generally good relations between Serbia and Belgium, it would be of mutual interest to enhance , above all, economic cooperation between the AP Vojvodina and Belgium.

During the talks, they pointed out that major companies from Belgium operated successfully in Serbia and the AP Vojvodina and that Belgium was the top country, when it comes to investments into our country.

President Mirović emphasised that the Provincial Government recognised the interest in increasing the number of foreign investors in the territory of the AP Vojvodina and it was prepared, in cooperation with local self-governments, interested companies, including Belgian companies, to offer the best conditions for start-up and improvement of business operations in the Province.

Ambasssador Daes stated that economic growth of Serbia also encouraged Belgian companies, to decide to start their businesses in Serbia. He also added that there was a great potential for enhancement of cooperation in the field of agri-business and networking of Serbian and Belgian small and medium-sized entrepreneurs.