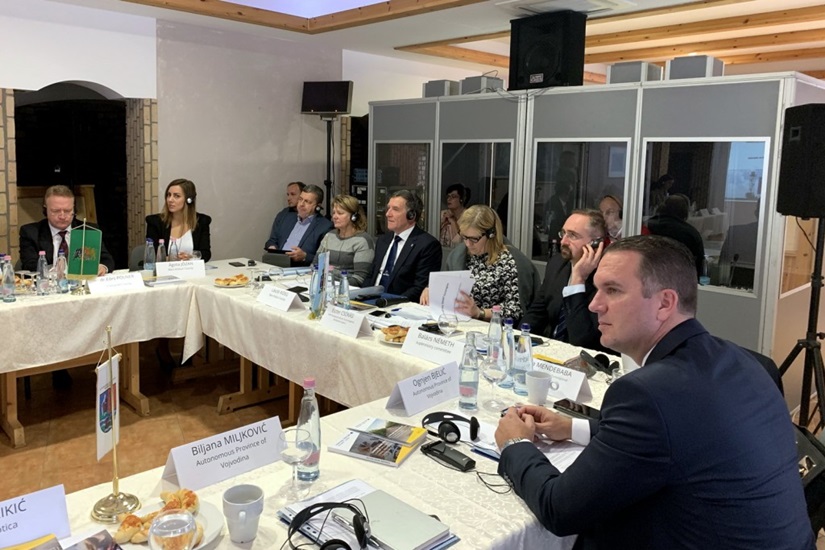 The Provincial Secretary for Regional Development, Interregional Cooperation and Local Self-Government, Ognjen Bjelić, in the capacity of the DKMT National Coordinator for Serbia, attended the regular annual session of the Assembly of Danube–Criș–Mureș–Tisa Euroregion, held in Császártöltés, in Bács-Kiskun county, Hungary.

Members of the DKMT Euroregion are counties of Arad, Timis and Karas-Severin from Romania, Csongrad and Bács-Kiskun from Hungary and AP Vojvodina from Serbia.

The session, which was opened by Laszlo Rideg, the chairman of the DKMT Euroregion, was an opportunity to summarise the results of projects in the period 2014-2020 and consider next steps in the implementation of ongoing projects.
Special emphasis was given to possibilities of further cooperation in the programme period 2021-2027, in which the DKMT Euroregion would take part.

“In addition to substantially strengthening the AP Vojvoda’s regional development, all projects we cooperate in have contributed to securing better life of local population and boosting the economic development of settlements in border areas”, Bjelić underlined, adding that in the forthcoming period, the  Provincial Government would continue its active participation in preparation of new strategic projects, at local and regional level, to ensure high-quality project proposals and their implementation in the programme period 2021-2027.

One of the important topics of that session was also presentation of a new border-crossing point Kübekháza–Rabe (Hungary-Serbia) and possibilities of connecting the settlement of Beba Veche (Romania) to the new infrastructure.
Bjelić stated that the implementation of projects within the DKMT had produced tangible results at the end of that programme cycle.

In that regard, he emphasised the importance of the cross-border cooperation project Hungary-Serbia titled “Colourful Cooperation”, which had resulted in a construction of the Serbian Cultural Centre in Mórahalom and Hungarian facilities serving the same purpose, being under construction, on Lake Palić near Subotica. He also underlined the importance of implementation of a significant project for the planning of the Szeged-Subotica-Bácsalmás-Baja railway and the border-crossing point that had recently been established between Hungary and Serbia, within the project titled “Development of Road Border Crossing Kübekháza–Rabe“.

The participants in the session included presidents of member counties, consuls, representatives of associated towns and the director of the DKMT Danube-Kris-Mures-Tisa Euroregional Development Agency Eszter Anna Csókási. 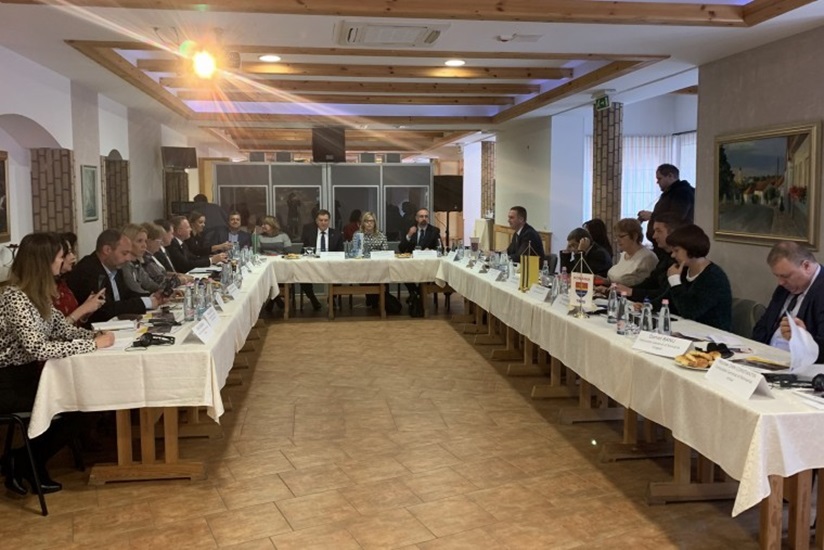