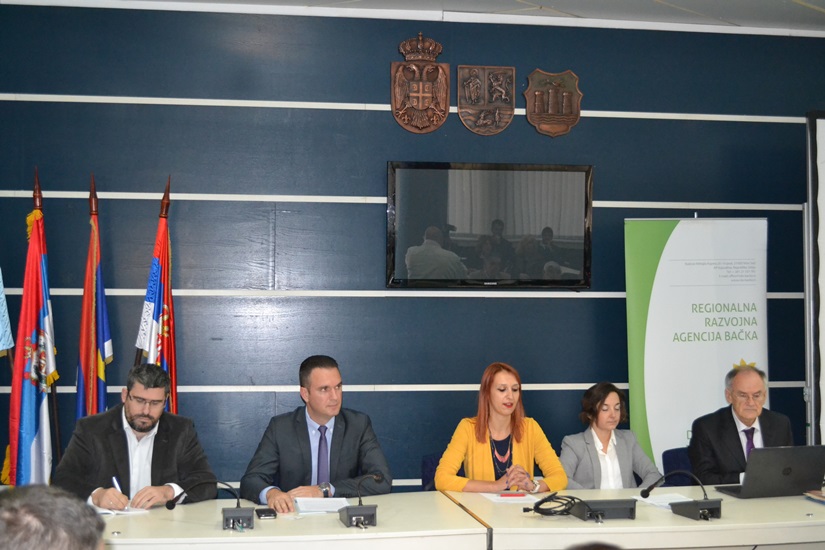 On Wednesday, 23 November 2016, the Provincial Secretary for Regional Development, Interregional Cooperation and Local Self-Government, Ognjen Bjelić participated in public presentation of the project “Feasibility Study for Turning the Abandoned Railroad Sonta-Apatin-Sombor-Bački Breg into Tourist and Museum Railroad of the Special Nature Reserve Upper Danube” which is implemented by Vojvodina Railway Association, and he said that the Provincial Government supported that and similar projects and that he recognised the potential in its realisation, as in the case of the Šarganska osmica tourist railroad.

– The fact that projects like these may be justified and successfully implemented is illustrated in attractiveness of the famous Šarganska osmica in the territory of Zlatibor and Užice, and there are many similar examples in our neighbourhood and beyond these borders, stated Secretary Bjelić, pointing out that although this section of the railroad was out of function, its tourist potentials may be valuable.

– We will support this project and similar projects at any time. The fact is that this railroad, we are trying to restore, has been out of function for a long time and this feasibility study is one of the examples of successful ideas. The Secretariat which I represent, as well as all line secretariats will always support ideas like this one, but we will always insist on focusing on external sources of financing , which will also be the case with this project, stressed out Secretary  Ognjen Bjelić.