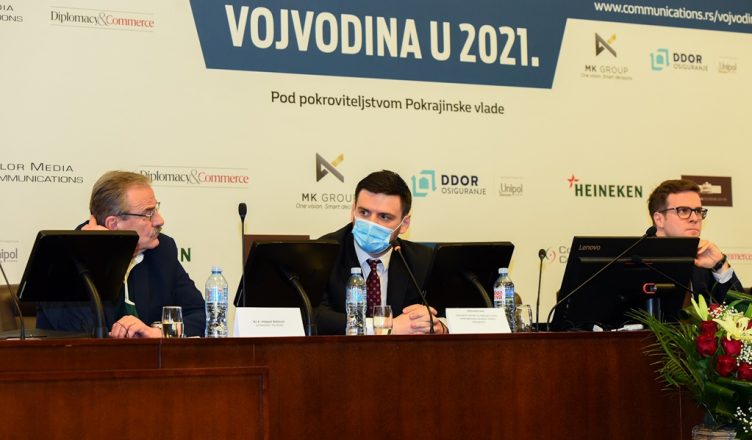 The Provincial Secretary for Regional Development, Interregional Cooperation and Local Self-Government Mr Aleksandar Sofić took part in today’s conference titled “Vojvodina in 2021”, which was officially opened by the President of the Provincial Government, Mr Igor Mirović.

During the discussion within the panel “Europe after the Pandemic – Old Continent, New Rules”, he emphasised that the Republic of Serbia as well as the province of Vojvodina, throughout the last year, faced the new paradigm of life, as the entire world and especially the European continent.

“During the crisis created by the Covid 19 pandemic which caused a joint timely and quick response to the circumstances which were directed foremost to the maintenance of the public health, the Republic of Serbia and the province of Vojvodina showed an exceptional level of responsibility and readiness”, said Sofić and reminded the audience that we acted in line with the European countries during all phases of pandemic.

“This is corroborated by the fact that we are the only country in Europe which not only managed to maintain the stability, but we managed to increase, at the beginning of the year, the minimum income by 6.6%, pensions by 5.9%, while the growth in health care sector is 5% and the remaining public sector sees the 3.5% growth bearing in mind the public debt, which the Republic of Serbia keeps stably below 60% of GDP. It is important to say that as far as the inoculation process is concerned, we are the second country in Europe in terms of the number of inoculated persons, right behind Great Britain”, concluded the relevant Secretary for Regional Development, Interregional Cooperation and Local Self-Government.

Sofić also mentioned the other planned activities of the Provincial Government and emphasised that in spite of the difficult conditions, the interregional cooperation continues to proceed smoothly.

“We have recently held successful meetings with the delegations from the French region of Val-d’Oise and the Italian region of Lombardy and have agreed to act on the agreements we signed in the forthcoming period and take steps for substantial action plans and their implementation”, said Sofić.

Also, the responsible Secretary reminded everyone that there are established working bodies within the cross-border cooperation INTERREG IPA projects planned for the period 2021-2027 and the Provincial Secretariat for Regional Development, Interregional Cooperation and Local Self-Government will continue to implement activities with the aim to strengthen regional development, keep jobs and support the economic sector.

The Croatian Ambassador Hidajet Bišćević, Director of the “European Affairs” Fund of AP Vojvodina Aleksandar Simurdić, Coordinator of the National Convent on European Union Nataša Dragojlović and the Editor in Chief of the “The Economist“ Magazine Žikica Milošević also spoke at the panel discussion “What will Europe look like after the pandemic?”. 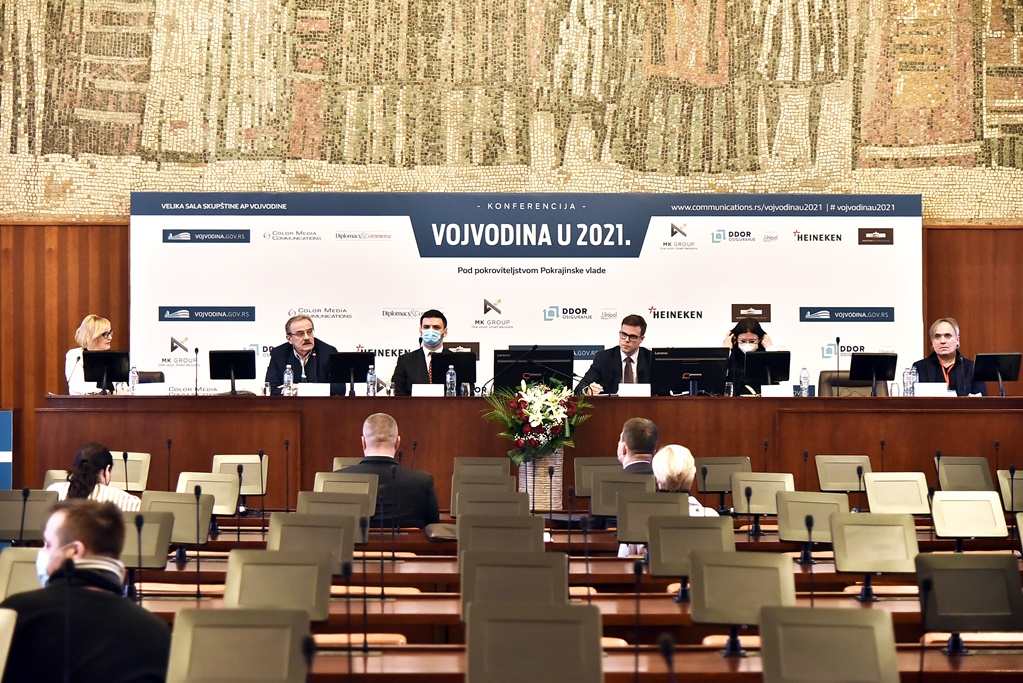