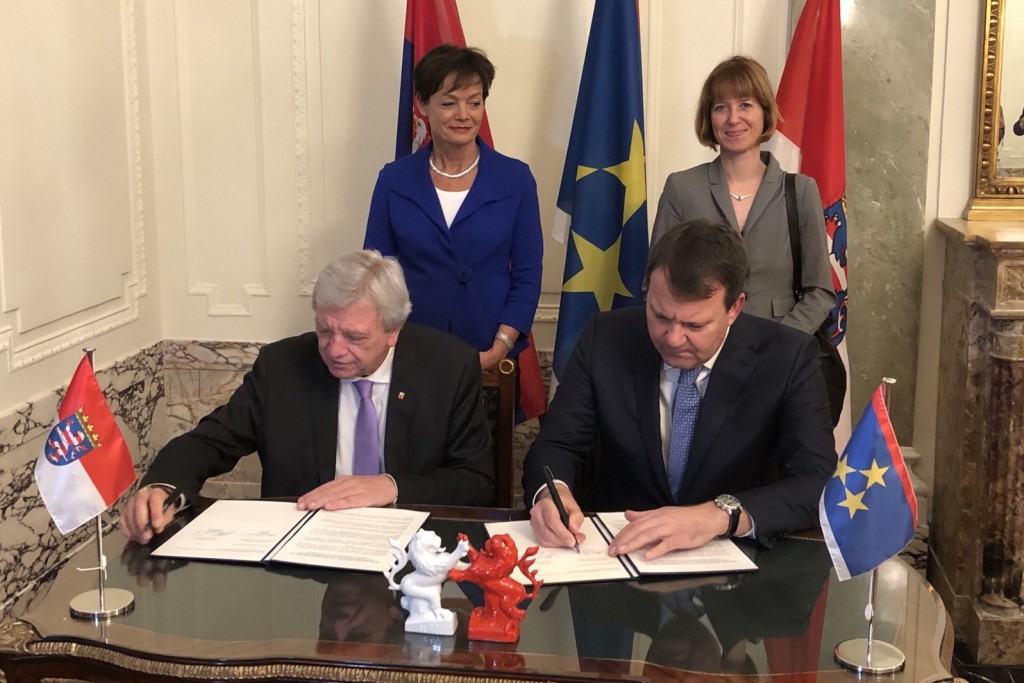 President of the Provincial Government Igor Mirović and Minister President of the State of Hesse Volker Bouffier have signed today, in Wiesbaden Germany, a Declaration on Cooperation between the AP Vojvodina and the State of Hesse.
It is a document that will enable direct and intensive cooperation and establishment of contacts between the regional administrations, local self – governments, organizations, institutions and companies, primarily in the field of economy, trade and industry, attracting investments, then in science and technology, education, culture, environmental protection, social issues and sports, as well as in other areas.

“This is an extremely important agreement.  Today, we have arranged future cooperation in key areas of common interest, especially the aspect concerning intensification of economic cooperation.  German businessmen are leaders in terms of investments in our country, and we want this trend to continue”, pointed out President Mirović.

We have also agreed to cooperate in the field of environmental protection, he added, as well as to link our universities and cultural workers.

“Serbia belongs to Europe, it must continue along its path because we see it as part of European society.  Serbia’s European agenda is a process that Germany understands and supports “, stated Minister President Bouffier.

Hesse is the most developed of the 16 German federal states, with a population of six million.  It has a GDP of € 278 billion, making it one of the richest regions in Europe.

The signing of the Declaration on Cooperation was also attended by Provincial Secretary for Regional Development, Interregional Cooperation and Local Self – Government Ognjen Bjelić. 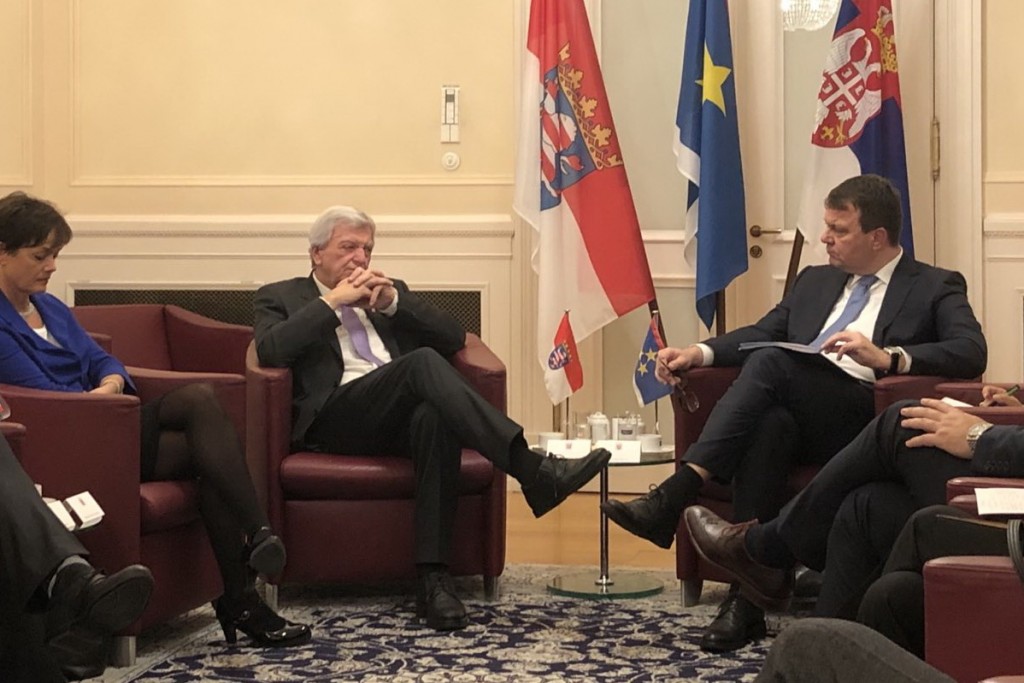