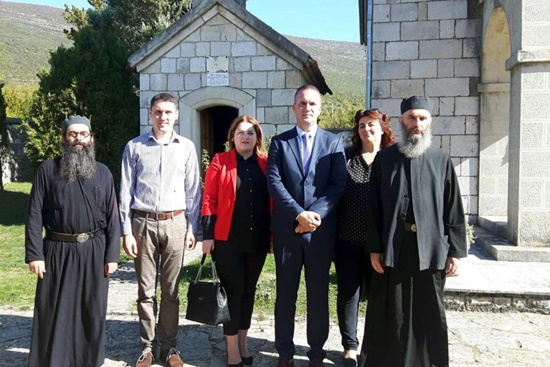 At the meeting at the premises of the “Kosovo Valley Women” Association, they discussed the possibilities of intensifying interregional cooperation between Biskupija Municipality and the Provincial Government,  in order to define steps to support, above all, Serbian families with children in that area.

During the meeting with the municipal leadership and representatives of Serbian associations, it was concluded that children attending school in that area, were denied the opportunity to become acquainted with Serbian culture, history and tradition, because they did not have the opportunity to acquire this knowledge in regular education, since there is no subject in the curriculum dealing with Serbian culture or history.

Representatives of the Association stated that they were preparing programs to expand teaching and education in Serbian culture and history. Currently, 22 children from eight villages from Biskupija Municipality are attending classes at the School of Serbian Culture, one of the activities of the “Dalmatian Kosovo” Club. Classes are held once a week, where children are introduced to Serbian culture and history through films and presentations.

“More initiatives like this need to be launched outside of institutional action, in order to apply the work with Serbian children in all parts of Croatia, wherever there is one Serbian child and a priest who can hold classes,” Mr.  Bjelić said. He stressed out that the Provincial Government would always be open to any form of support to help launch a series of activities that would contribute to the preservation and survival of the Serbian family in Dalmatian Kosovo.

During his stay in the Šibenik-Knin County, Secretary Bjelić visited, together with his associates and representatives of the “Women of Kosovo Valley” Association, the Dragović Monastery and then the School of Serbian Culture of the “Dalmatian Kosovo”Club, where he attended a weekly history and culture class.